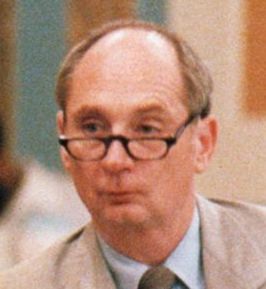 In a downtown Cincinnati courtroom,  Judge Ralph Winkler considers Donald Harvey, the man in the dock, and then looks over to public defender William ‘Bill’ Whalen.

Harvey does not have a defence attorney.

The judge owes Whalen a favour. Last week he asked ‘Bill’ to step down from a public defence case.

Who knows why? But it meant a lawyer in need of work just lost the chance to earn.

So the judge feels he owes Bill a case. ‘It is time to repay that favour” he thinks.

Harvey, a Nurse, is accused of a one-off murder. He has admitted the homicide to detectives and now he stands awaiting the inevitable legal process. The case should end in a plea bargain between both sides and life will move on. Bill will do just fine.

So Whalen gets to represent Nurse Donald Harvey.

At that moment, Donald Harvey’s life became irrevocably entwined with Whalen’s. Harvey will learn to trust Whalen, consider him a friend; ‘the father I never had,” he will say.

William Whalen spent much of his early career prosecuting bad guys. And he felt right at home.

Then he changed sides and started defending – but still felt at home. The system is adversarial and a lawyer’s job is to be on one side or the other.

For Whalen, it is simply time to try to keep people out of jail rather than send them to it.

“As a defence attorney my duty is to obtain the best possible outcome for the defendant,” he tells friends.

His is a low-key approach.

‘I am not a flamboyant performer, I do not seek public attention.”

‘People who get their legal education from Television do not realise that many cases never come to trial. The attorneys negotiate settlements through plea bargainings. The procedure avoids the uncertainties of a jury trial.’

Defence attorney Whalen will soon be unable to avoid public attention. The stakes are too high in the case of Donald Harvey.

Kill once in Ohio, there is a good chance you will get life without parole. Kill more than once – you are headed for the death penalty. It is 1987 and the method which will be used is the electric chair.

‘Old Sparkey’ is what Donald Harvey is destined to be strapped into if more than one murder can be proved against him. 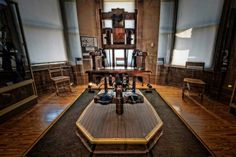 Donald Harvey, told detectives that he gave a man who was already in a coma, John Powell, a lethal dose of cyanide. The patient had no life to speak of or to look forward to, but was not about to die. Then Harvey injected the poison through Powell’s gastric pump. Was this a ‘mercy killing?’ the detectives asked each other.

The court appearance ends and the alleged killer and the public defender make their way out of the courtroom. Soon after, Whalen’s office phone rings. It’s a reporter. He says he knows Whalen’s client is about to be tried for murder, but he feels his attorney should know something.

‘Harvey is a serial killer,’ says the caller. ‘He’s been murdering patients on an industrial scale – 23 at least.’

A pause. A deep breath.

Two hours later, Whalen sits opposite Harvey in an interview room. He tells him a TV news programme is about to accuse him of multiple murders. and asks him to dismiss the story.

‘Have you killed more than John Powell,’ asked Whalen.

The answer had been instant – no pause for thought. Whalen is uncertain he has heard right.

‘How many people have you killed?

‘It’s not that I don’t want to tell you, it is that I can only estimate,’ says Harvey.

Whalen is irritated. ‘I’ve just told you, I can only help you if you co-operate with me.’

Then Whalen remembers something an old colleague had done years before. A trick to get someone to get to a ball-park figure of what they may have stolen. If you can’t remember precisely, then what figure could it not be higher than? More than a million, less than a million?

Whalen puts down his BIC biro and pushes away the court-issue notepad.

‘How many did you kill, five people?’

‘Okay Donald, pick a number in your mind, a number you know the number of deaths could not go beyond.’

The answer does not come quite so quickly this time. Harvey drums his thumbs together, takes a deep breath and, almost whispering, he gives his reply.

Attorney Whalen drops back into his seat. He would ordinarily have dismissed this claim as too fanciful. The words of a man working up to ask for a plea of insanity to the charge of the single murder for which he had been indicted.

But the news reporter had earlier said he had evidence – staff had been talking.

Whalen believes his client. He has a serial killer to defend. Quite a favour the good Judge just did him.

‘You know you face the death penalty?’

‘I advise nothing,’ he said. ‘I will give you your options. They are not many.’

And so begins a cat-and-mouse legal battle between Whalen and a man who he had once worked alongside, a prosecutor called Joe Deters.

Deters is 29, hungry to win a big case win and will undoubtedly seek the death penalty should Harvey  be convicted of multiple killings.

Whalen needs a plan of action.

He tells Harvey to leave the matter with him, exits the brick building and walks for block after block – just to keep moving, to get his thoughts together. What is his main objective?

‘I have to try to save the guy’s life,’ he says to himself.

‘Old Sparkey’ had not been used in Ohio for two years but a Nurse who killed 70 people was sure to be a candidate to dust it off for use.

Whalen gets back to his office and puts in a call to the TV reporter who wants a comment about the rumours circulating about Harvey.

‘Broadcast your programme,’ says Whalen, ‘But there will be no comment from us.’

He then sets the wheels in motion to meet his old colleague Joe Deters.

Whalen has formed his plan – he is going to cut a deal, the same one used by a defence attorney representing the Boston Strangler 60 years before.

‘You keep my client from the electric chair, and he will tell you the names of everyone he has killed. Keep the death penalty as an option – and the families of those he killed will never know. ‘

Joe Deters might eventually win his high-profile case and have Harvey executed. But he might not. Meanwhile, every family member of anyone who had ever died at a hospital where Harvey worked might now suspect they had been murdered. And they are soon to be alerted by the TV news programme.

The adversarial game has begun. The prosecutor will want a death penalty, the defender to save the life of his client.

As he sits at his desk considering his options, Bill Whalen does not know what is happening at the Ohio Correctional Facility six miles away.

A routine test of ‘Old Sparkey’ is about to be carried out.

What happens next? Find out by watching the TV documentary Nurses Who Kill on UKTV Really in the UK, CI on Foxtel in Australia, or Netflix (available in 2018) and by downloading the Podcast ‘Nurses who Kill – the defender and the prosecutor’ – available online soon here.

To go deeper into the relationship and battle of wills between Joe Deters and William ‘Bill’ Whalen, keep reading this blog.